When it comes to marketing, the better you understand the psychology of your audience, the more equipped you are to reach them. As complex as we consider our species to be, we’re actually pretty predictable. Especially when you do some digging into our behavioral instincts and biases. We make the same decisions any animal would make, just in a very human context.

Here are 5 behavioral biases you may never have heard of.

Rest assured, you will definitely be dealing with this on a daily basis as you try to reach people with your messaging: Which sheep did you look at first? The black one, right? That’s your salience biases at work.

Salience bias is the cognitive bias that makes people focus on the most prominent or striking object while they ignore the “unremarkable”. We have this bias today thanks to our old evolutionary survival instincts.  It helps us focus our limited cognitive resources on the most important pieces of information in front of us.

This bias is super relevant for marketers and designers alike. Whether it’s words or images, people will only initially notice the standout aspects. If you want to capture the attention of your audience, make sure you choose wisely what content you’re featuring.

Large static blocks of text just don’t cut it – there’s nothing to break up the “unremarkable”. You should use imagery, different font sizes, and headings to highlight items you want people to notice. Then, trust that their interest in that content will encourage them to immerse themselves further.

If you’re interested in learning about Turtl’s Surf & Immerse format that’s designed to work with salience bias to capture skim readers’ attentions, check us out here. Priming refers to the effect where one idea leads to other (seemingly unrelated) ideas later on, even though a person isn’t aware of the connection. For example, someone who has just seen the word “yellow” will be quicker to identify the word “banana” than those who hadn’t. Though they won’t recognize the connection themselves. These biases also work with imagery and even smell.

A British university found that staff would pay more money into an “honesty box” for tea and coffee when there was an image of eyes above the price list, compared to an image of flowers. Even though people are unaware that this technique influences them, the choice of imagery can have demonstrable impacts on behavior.

It seems as though imagery has such a strong influence on the decisions people make in the future. This could be a really powerful tool in the hands of the right marketers. Not using imagery in your content is doing it a big disservice.

Research has found that the priming effect can last anywhere from 15/20 minutes to two days. Besides, it doesn’t depreciate within that time. These subtle influences pack a big punch. When someone is physically good-looking, other people will assume they have a good personality and that they’re intelligent – even if the opposite is true. The same works in reverse. If there’s one flaw in something of good quality, people will discount the entire thing because of the flaw. This is called the halo effect.

It’s not just people this applies to, it can affect your brand and product too. Research has found that if people don’t like the aesthetic of a product, they’re more likely to give it overall low ratings. Yes, even if everything else about the product is high quality.

This is why marketers really should sweat the small stuff. One tiny flaw in a design can be the Achilles heel of your entire campaign. Also, make sure your content is looking the best it can possibly look.

Our pro tip: avoid static formats like the PDF and opt for something a little more interactive 🐢.

No matter how small something seems in the grand scheme of your marketing strategy, making it look polished can have a big payoff. Altering colors, fonts, and imagery could impact the bottom line more than you think. As people learn more about your brand and your product, their opinions won’t be so easily swayed, but first impressions are critical. I’m sure most of us are no stranger to a marketing email chain terrorizing our inboxes. But this behavioral bias proves that there is no need to send content or communications so often.

Play the long game and spread out your comms over an extended period of time. As a result, you can get your message understood with a lower risk of annoying people into hitting the dreaded unsubscribe button. This puts “doing less with more” into practice, allowing you to see similar results with fewer resources spent on content creation. The key is to make sure the content you’re creating is of high quality. Another survival instinct from back in the day, the mere exposure effect describes how people tend to prefer things that they’re already familiar with. This would come in handy when humans entered new environments. Previously, we has to choose between the food we ate before or something new and risky.

This effect appears in animals too. A research team played two frequencies to different groups of chicks while they were still inside their eggs, and then again after they’d hatched. Every set of chicks consistently chose the frequency that was played to them before they hatched.

Being aware of this bias can give marketers great insight into how many touchpoints need to be made with someone. The first time they face your brand, you’re unfamiliar to them. Therefore, they will bias towards the brands they already know. But, as they see more content/ads/comms from you, they’ll begin to be positively biased towards your brand.

However, the mere exposure effect reaches its peak after about 10-20 exposures and then starts to decline. This effect will eventually wear off once they’re too familiar with you and become somewhat desensitized. It’s most effective with new audiences. 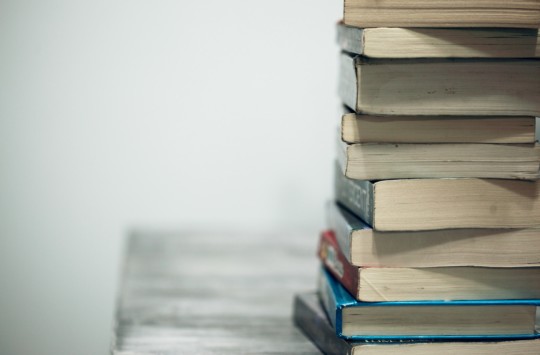