Another new year. Another chance to start afresh. Turn over a new leaf. Buy a new calendar. Make some ridiculous health goals (maybe with the help of Peloton…). But before we do that, let’s look at all the failures, mess-ups and mistakes of the last ten years. There’s nothing like learning from slip-ups made by companies who should know better to get us in the new year spirit.

Introducing your big three resolutions for the 2020s…

Five years ago, seven percent of the world’s population was given a gift they didn’t ask for. It came in the form of U2’s Apple-commissioned album Songs of Innocence.

Landing suddenly and without warning into Apple users’ ‘purchased’ iTunes folder, the album was revealed by Apple’s CEO Tim Cook at the launch of the iPhone 6. Bono, U2’s lead singer, justified the album’s compulsory dissemination as the band’s “desire to get our music to as many people as possible”.

The move was widely criticized as being invasive, odd and dystopian. U2’s guitarist, The Edge, described it as, “actually incredible subversive. it’s really punk rock, it’s really disruptive.” Unfortunately, The Washington Post described it as “as rock-and-roll as dystopian junk mail”. Most Apple users tended to side with the Post, especially when removing the album from iTunes proved surprisingly difficult.

Forced content feels invasive. We’re all fans of a freebie, and giving away valuable content can be a very effective way of rewarding current customers and bringing in new ones. But there’s definitely a line between offering free content and inflicting it upon someone. Thanks to Apple, we’re now well aware of where that line is.

We also learn the importance of privacy. Sure, there are worse things in the world than a free album appearing on your Apple device, but the reminder that the content on your phone is controlled by Apple is more sinister. People like to know that their data is safe, and threatening that perception is dangerous.

Stick to one thing – unlike MailChimp

Why don’t we create and publish all the content, all the time? Because it can backfire, distract or dilute the overall impact. Or, in the case of MailChimp, become a cause for marketing concern.

The email-turned-marketing automation platform launched its Mailchimp Presents channel earlier this year. It hosts a range of films, web series, and podcasts aimed at establishing the brand in the entertainment sphere. The company produced over 50 titles and released them all within quick succession of one another. Why does this make marketing bodies like the Content Marketing Institute suspect that MailChimp Presents might not last?

The problem is content overload. With that much material out there, it’s difficult for a single show to stand out and attract attention. On top of that, users might be confused by the sudden pairing of marketing automation with a comedy series without a gentle introduction of a few shows first.

As the CMI’s Joe Pulizzi says, “if you go back in history and look at how all the great media and content brands started, from The New York Times to Huffington Post to Red Bull Media House, none started by launching multiple content initiatives.”

Focusing on multiple content outlets at once can be challenging. In the worst cases, it results in companies doing lots of things averagely instead of one thing well. Instead of trying to churn out content quickly and across multiple channels, consider focusing on nailing one channel or campaign.

MailChimp teaches us another important lesson: saying no. It can be tempting to throw a lot of content on every channel and hope for the best. However, the reality is that too much content can be a bad thing. Chances are, your writers have a finite amount of energy, and that should be used wisely.

Stay away from unnecessary apps – @Nesquik

Mobile memory space is a big deal. Nesquik launched its campaign ‘National Bunny Ears Day’ in 2013 and found out just how unwilling people are to sacrifice precious phone storage.

The campaign encouraged people to upload selfies onto the dedicated ‘The Nesquik Bunnifier’ app and add ears to their photo to share on social media with the hashtag #NationalBunnyEarsDay. The first National Bunny Ears Day was a resounding failure, with the campaign only receiving nine mentions on Twitter and two posts on Instagram. Nesquik promised to showcase the best photos in a dedicated Breaking Out The Bunny Facebook album, but in light of the poor performance of the campaign, such album never appeared.

People tend not to like downloading unnecessary apps. When trying to build-up momentum behind a campaign, it’s always better if your audience has to put in as little effort as possible. This means that the Bunnifier app just wasn’t worth the effort of downloading for many people, especially not for a feature that could be duplicated by the likes of the Instagram app.

Taking failure in your stride – something we all should do

All these companies we’ve looked at here have had pretty large mess-ups. From invasive content to campaigns which just didn’t leave the ground, there’s some questionable content marketing in play. But it’s not all negative. The important thing is that each brand was able to bounce back and produce successful and ingenious content marketing in the wake of their failures. It’s almost as if failure is the way you build success… 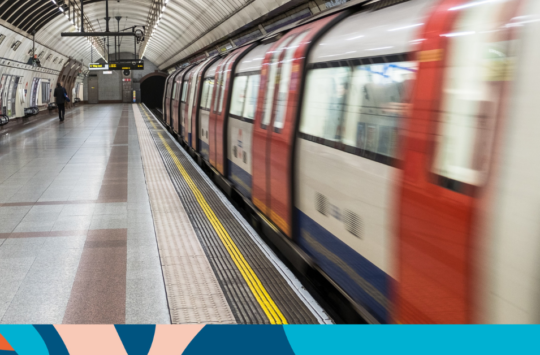 “Without the detailed view that you get from a content inventory and audit, you can’t meet your organization’s big-picture requirements.” – Brenda Huettner, president, P-N…