Did you know that only 3 percent of people trust sales reps? The only professions considered less trustworthy are politicians and lobbyists.

This highlights the uphill battle the average salesperson faces every day. But the most effective salespeople don’t shy away from this bias. They offset it. Understanding the behavior of buyers is key to reducing distrust. Let’s take a look at five of the best sales psychology lessons to consider.

The mere exposure effect describes the phenomenon where people develop a preference for something just because it’s familiar.

To study this, Robert Zajonc took out ads in student newspapers at two different universities in Michigan. Every day, the front page of each paper contained some Turkish words. Some words appeared more often than others.

After a few weeks, students gave their impressions of 12 “unfamiliar” Turkish words. Some of the words had appeared in the newspapers.  They rated each word from one to seven based on whether they thought the words meant something good or bad (none of the students could actually speak Turkish). The results? A direct correlation between perceived positivity and how often the students were secretly exposed to the words.

This effect highlights the importance of collaboration with marketing in influencing sales psychology. The more familiar a brand is to someone, the more likely they are to think positively towards it, or at least to see it as a legitimate offering. 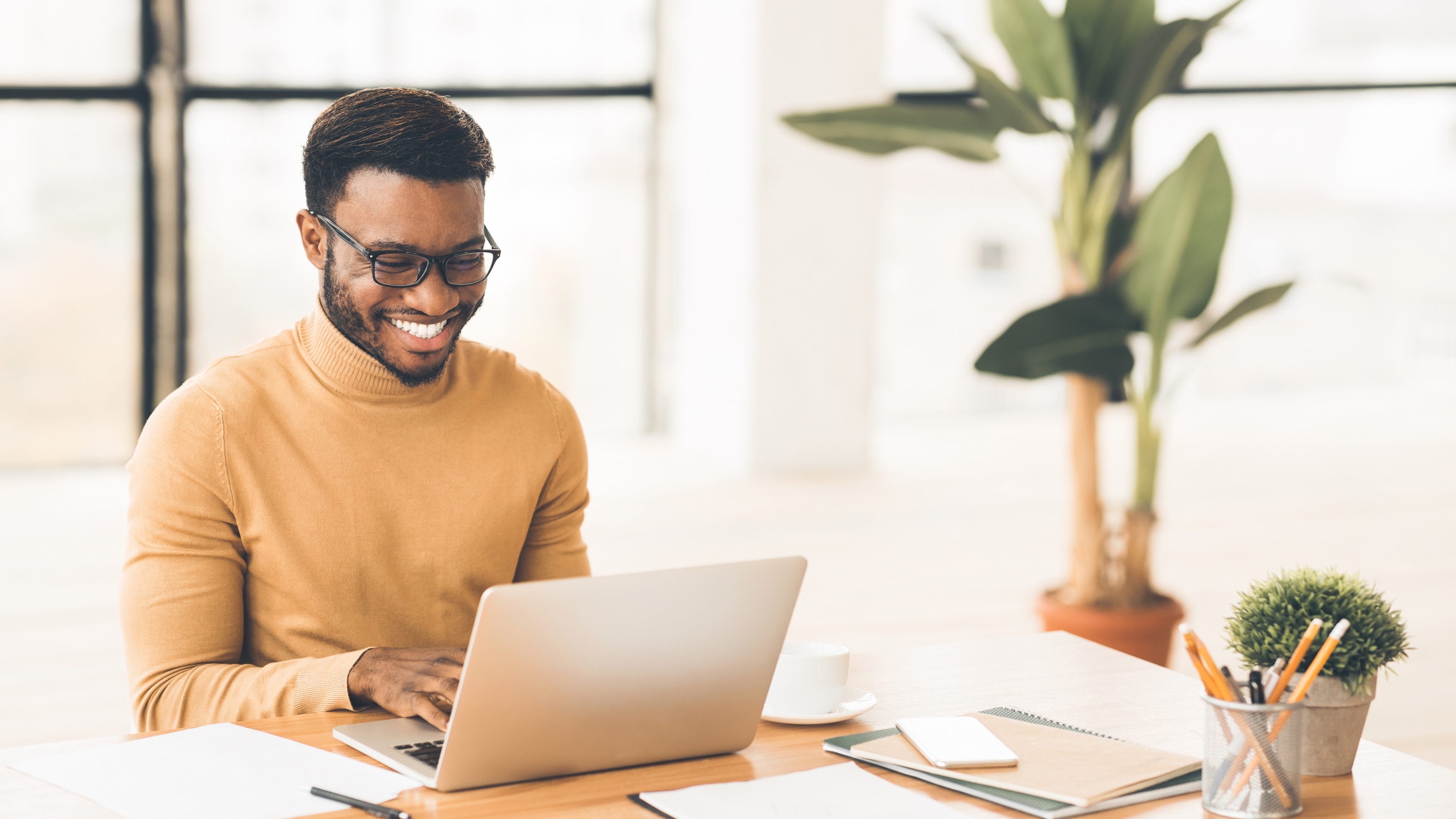 In the cases where marketing is not involved, salespeople themselves can still reach this level of familiarity by being persistent (up to a point) in their cold outreach. This is one lesson many don’t take on board. While 80 percent of sales require five follow-up calls, 44 percent of salespeople give up after just one.

It’s very likely that the topic of competitors will come up in sales conversations. But whether that subject is introduced implicitly or explicitly can make all the difference.

Implicit comparisons happen when the buyer takes their own initiative to research the market.

Explicit comparisons happen when the seller specifically compares their offering to that of their competitors.

A Stanford study looked at this on eBay. They put a popular CD up for auction and “framed” it between two identical CDs at different prices coming from different sellers, so people who came across the CD would also come across those two “competitors”.

Left to their own devices, prices of the competitor CDs influenced the buyers’ bid on the test CD. This even push the price up (the perceived value) at times.

However, when buyers were directly told to make comparisons, it was found that this relationship no longer mattered. Buyers became much more risk-averse and cautious in their purchases. This resulted in a decrease in buyer confidence in multiple ways:

Comparative selling can be very powerful. It can directly influence the value seen in your product. But it has to be approached tactfully. You should lay out the full value of your offering (not just pricing), allow the buyer to do their own research on competitors, and be open to answering any questions they may have. Allow the buyer to steer this conversation and you’ll offset the confidence risk.

Taking a less direct approach to sales is good advice in general when dealing with the modern buyer. While only 17 percent of salespeople would describe themselves as “pushy”, 50 percent of prospects think otherwise.

Social proof is simply the concept that people will do what the majority of other people do.

The Solomon Asch Conformity Experiment shows an extreme example of this. Asch wanted to prove that people trust herd mentality even when making the wrong decision.

Multiple groups of eight people were shown a single line. They had to compare that line with three others of varying lengths and choose which was identical to the original line. Only one person in each group of eight was monitored. The other seven were planted by Asch; they were told their answers in advance. The correct answers were always obvious and those who were being monitored always went last.

When Asch asked unsuspecting participants why they conformed, they found that people follow social proof for two main reasons:

Selling through a network can be a powerful way to leverage the influence of your buyer’s relationships. In fact, people who have been referred by a friend are four times more likely to buy than someone who hasn’t. One particularly effective way to grow your network through existing customers is to adopt a social selling approach (using social media to engage with online communities). This can boost your visibility to secondhand connections. For reference, 65 percent of salespeople who use social selling fill their pipeline, compared to 47 percent of reps who do not.

When it comes to making decisions, the human brain can be easily overwhelmed. This is choice paralysis.

While the stand with 24 flavors received the most attention and footfall, these people were actually only 10 percent as likely to buy something as the shoppers who came across the six-flavor stand.

“Psychologists and business academics alike have largely ignored the outcome of choice: more of it requires increased time and effort and can lead to anxiety, regret, excessively high expectations, and self-blame if the choices don’t work out,” explains Barry Schwartz, author of The Paradox of Choice: Why More Is Less. “When the number of available options is small, these costs are negligible, but the costs grow with the number of options. Eventually, each new option makes us feel worse off than we did before.”

Giving people too much choice increases the weight of their decision and how it mentally affects them. This is particularly strong in B2B selling where the stakes (and price tags) are much higher. Sometimes, in the rush to fulfill the needs of the buyer, you can overwhelm them with too much information and too many choices.

According to a survey on the best ways to create a positive sales experience, some of the top choices from buyers were for the salesperson to “listen to their needs” (7 in 10) and “provide relevant information” (6 in 10). Limit information to what they specifically need to know and offer a smaller range of tailored options.

One of the key features of human nature is the urge to give something back when we receive something for free. From a psychological perspective, this is reciprocity.

A study at Cornell University explored this by placing individuals in a room and telling them they were going to evaluate some art.

This exercise was fake. Half of the participants were left to complete the exercise by themselves, while the other half were interrupted by an assistant who left the room to get a drink from the vending machine. When the lab assistant came back, he had “bought” an extra Coke for the participant.

When the art evaluation was complete, all the subjects were asked if they would like to buy a raffle ticket. The researchers found that those who had been given a Coke by the assistant purchased two times as many tickets as those who did not.

The behavior is well known in e-commerce sales, but it can apply to other sales relationships if you expand your definition of a “gift“. For example, a personalized piece of content shows that you invested your resources into creating something for them. A message full of very specific details shows that you invested your time researching them. All of these are more likely to elicit a response than something generic copied and pasted.

The majority of salespeople agree with this. 76 percent of sellers say that prospects appreciate when deals and documents are personalized.

Hungry for more sales psychology? Take a look at the behavioral science behind what makes a great sales proposal in our interactive guide: 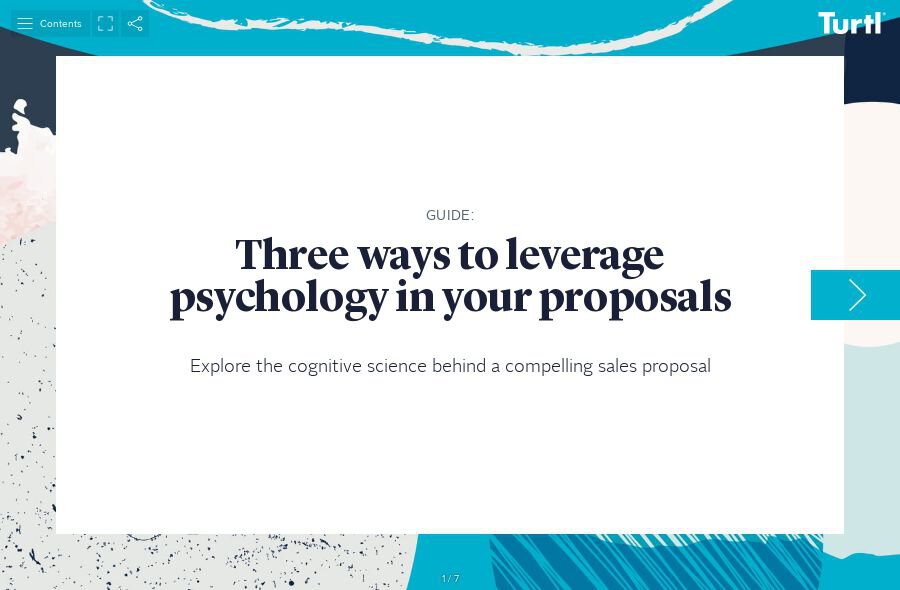